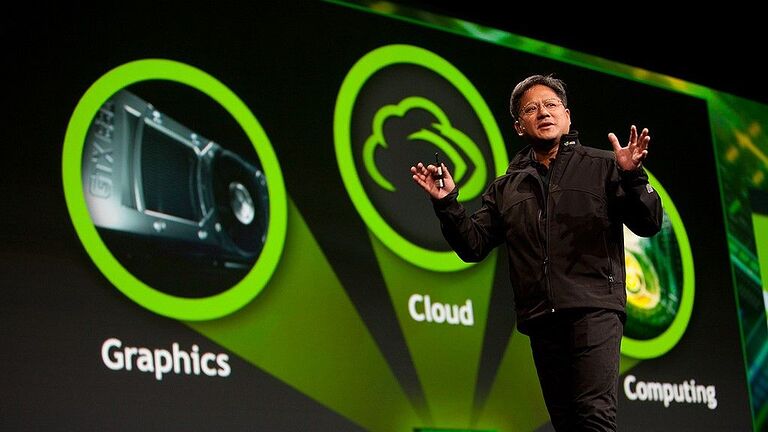 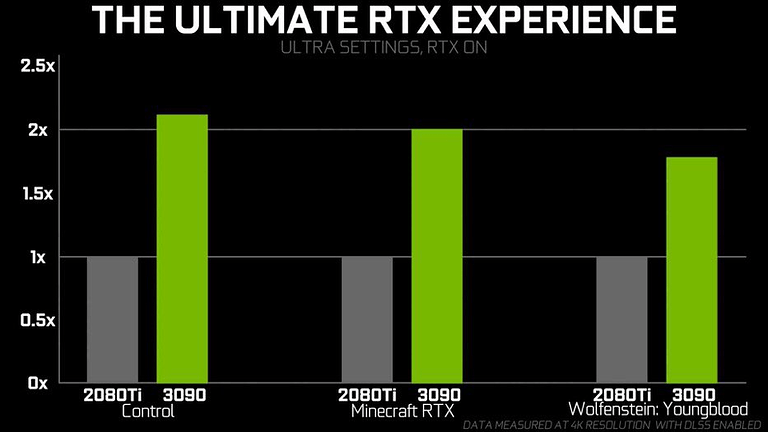 DLSS enabled though, lol, of course.

But it’s good numbers regardless.

This is clearly fake, it should look like this

This is clearly fake

If it makes you happy, I got it

Stupid marketing department learned at some point that if you don’t begin your graphs at zero, they look more impressive

Looks fine to me. The compression i see here is due to the res.

Here’s the comment in question and the area he points out:

Yeah, just a resolution issue. Can easily happen depending on the scaling algorithm.

Heck, if someone faked it, why compress it like that.

Hopefully there’s performance gains in rasterization too… I’m all for Ray Tracing finally approaching interactive framerates, but I have real games I want to play from time to time too and need a performance boost in them too to justify an upgrade

In all seriousness though, i’m just interested in watching how this all plays out over the next few months - including overall comp with AMD’s offerings, and how next gen consoles stack up. I’m more than content with the 1080 ti, so i’ll just grab a few bags of popcorn in the meantime.

This live editing feature, i wonder how many times someone sees me constantly correcting and elaborating in my posts

The Download link at the top of the site has also been updated to include 0.11.0.46; now I need to go and re-word a bunch of stuff in the thread I created for Control

Crusader Kings III is rated 'Mighty' after being reviewed by 91 critics, with an overall average score of 90. It's ranked in the top 1% of games and recommended by 99% of critics.

This game have received extremely well reviews across the board, and is included in Xbox Game Pass

I know what I’m going to test out later tomorrow!

Probably should have included this in the CHANGELOG, but it slipped my mind that I needed to explain “EffectiveMS (/EffectiveFPS)” 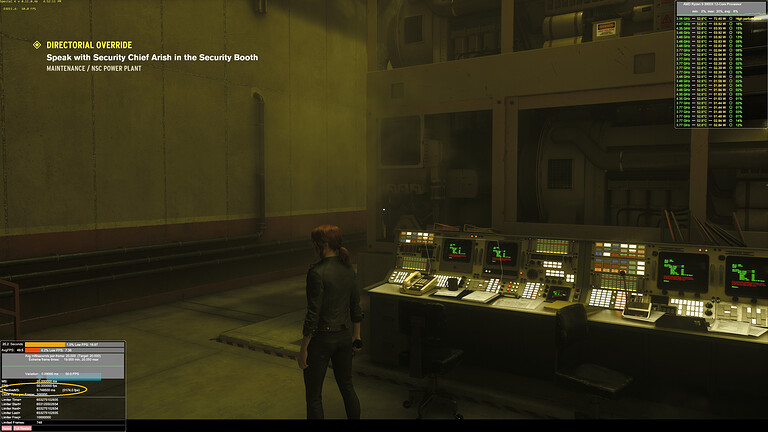 EffectiveFPS measures how much work your CPU is actually being asked to do without requiring you to turn off the framerate limiter, VSYNC, etc. to try and guage this.

( Lifted from the revised release notes page, re-posted for anyone who has already read the original note and downloaded 0.11.0.46 )

If I ever overhaul the text OSD, this will be an available statistic for you to display on screen. Most of the framerate limiter debug stats are useless unless you are me, this is about the only one that I think users might actually want to read

Looking at it again, idk what the deal is with the kerning and overall layout. - It’s way too big and bold, though maybe that’s the point?

Edit: Yeah this looks far neater, and i think this is an official slide from their RTX reveal keynote 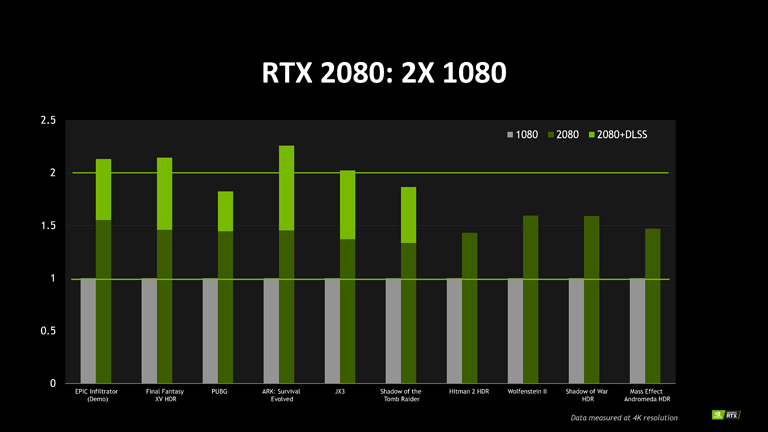 vs the leaked new slide you shared

Perhaps an employee tried to recreate that Rtx 3090 slide by memory in an attempt to leak it?

Should prove useful for Denuvo vs. non-Denuvo debates

Games are GPU-bound, so normally there is no difference. If you want to measure a difference in performance after Denuvo is removed and you actually care about repeatable results like Digital Foundry, you have to run games at 640x480 to even register a statistically significant change.

Now, if there is a difference, seeing it shouldn’t require finding the lowest graphical settings a game has.

And of course, if there isn’t a difference, it’s because I invented new math to ■■■■■ for Denuvo

Probably not worth getting into those arguments

Denuvo debates are toxic, mainly fueled by that YouTuber who cashes in on stirring drama with their unrealiable testing, and many gamers needs to believe pc gamers are being mistreated.

I’ve even had someone I consider a friend call me straight up illogical for not believing “factual” videos (from the mentioned YouTuber). This is a terrible test, no matter how you put it. It’s easy to steer performance results in your favour when you’re not being like for like. But uh, people are so certain denuvo is toxic because videos from this guy clearly proves it. Meanwhile properly conducted DF tests and even the Arkham Knight non-denuvo release for EGS haven’t shown any notable performance differences.

I’m no denuvo supporter, and I’m for faster loading times always, I just find it tiring how often people claim performance is always held back because of denuvo without clear and concise evidence.

Yeah… I’m not wasting my time in those discussions anymore, I said that jokingly.

Framerate limiter performs like it’s from another planet now 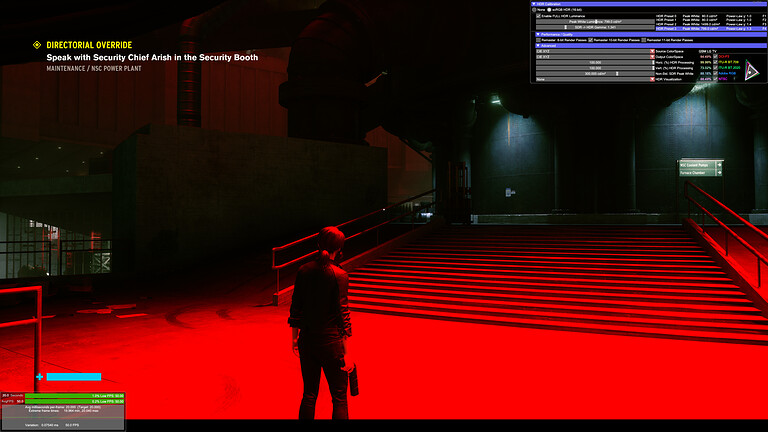 It saddens me I cannot reproduce results that good in D3D9, GL or Vulkan. The magic is all in the stuff Microsoft created for DXGI (D3D10,11,12 and D2D), used properly it’s incredible what you can do.

Limiter’s still pretty good in the older APIs and Vulkan, but it’s delivering perfection in DXGI.

I suspect this will be a welcome addition whenever I release 0.11.0.47:

Instead of just toggling a widget on/off, you can setup a key that temporarily shows the widget (for a customizable length of time) and then hides it again. I have found myself wanting this for a long time, and I finally decided to do something about it

Default duration is 1.5 seconds, but it’s configurable for up to 15. 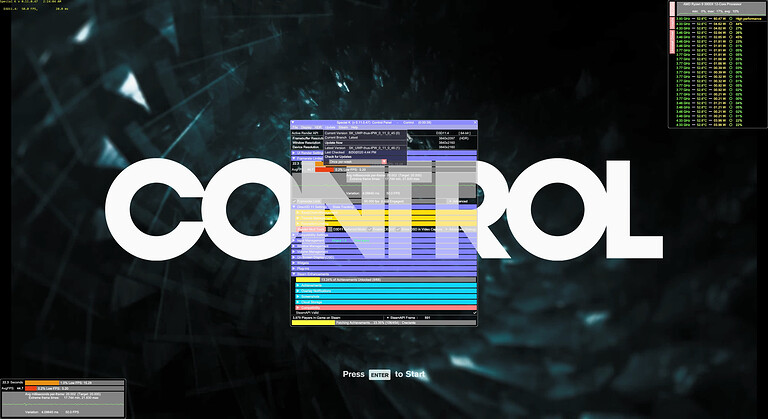 Version checking is sort of working again… don’t worry, I’m going to be moving that out of Special K and into SKIF as soon as I finish restoring the code I neglected while Special K was drinking the Steam KoolAid.

I’ve just gone through and set up the backend changes on PCGW required to track the EA Play subscription on Steam and… damn, it’s a shame…

Steam: 46 titles right now (might be more due to obfuscated collection).

The same price on both platforms – Origin grants you almost 5 times as many games for free.

God, this is turning into a confusing subscription mess…