Wonder how much the new console hardware will change though.

Big thing about the new performance is that it’s likely going to be used for driving 4k potentially even 4k60Hz though more accurate effects including utilization of ray tracing for accurate shadow and ambient occlusion effects could still be seen.

Especially once developers get more familiar with the SDK’s and what the hardware can do.

EDIT: Well that should be starting to show in a year or two past the first wave of launch titles and gradual shift away from cross-gen development priorities into full focus on the new hardware and then also updates to the systems as usual and then developer familiarity again.
(Well roughly, not sure what to expect in terms of timeline and development speed for the triple / quadruple A industry here.)

(And yep Quadruple / AAAA’s a thing it seems, getting a bit silly now almost.)

EDIT: I still think it’s possible to get really good results this time though with less trickery but we’ll see how it goes, ray tracing is a interesting addition that could shift some of the graphical fidelity a nice step forward and avoid some of the approximation and faking with rasterization but it can’t take over entirely, yet.

EDIT: Plus the bouncing rays could be used for CPU and SPU gains too but I don’t know what to expect of that, remains to be seen if it’s going to focus mainly on visual fidelity and then maybe aural and potentially gameplay benefits for these bouncing rays.

Witcher 3 and many other open world games sacrifice a lot of dynamic shadow casting sources or fake it with blob shadows or spotlight shadows during cutscenes and what not plus usage of gradually lesser detailed cascading shadows to attempt for more distant shadow coverage even if it’s at a very low resolution.

Sekiro really annoys me, because i’m sure the game could look so much better if it used the contact shadows that are reserved for cutscenes only. DMC5 did the same thing, but you can at least force contact shadows on during gameplay, through a config edit. These settings aren’t that demanding either, so i don’t know why they don’t allow the settings by default for the PC versions.

I’ll need to see at some point if Sekiro’s modding tools have matured to the point where i can edit the visuals through the core files, hopefully force contact shadows to be enabled all the time. I know how to increase the shadow resolution, but that’s about it. 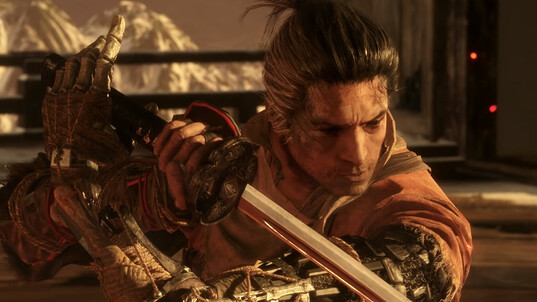 There’s a whole mess of effects that get enhanced during cutscenes or only seen in cutscenes to begin with.

Contrast and light and shadow tweaks, shadow and light casters and cinematic ambient occlusion, depth of field and a number of shaders and tech in a fully controlled scene it’s really become obvious especially with shifting away from clearly CGI or pre-rendered in-engine movies into real-time but all these extra effects.

Tomb Raider trilogy has a lot of stuff with skin shading like the sub surface scattering effect so going from a more realistic character model to something resembling rubber or plastic even as physically based shading does allow more realistic looking materials is almost a bit jarring instead.

Witcher 3 to use that again even has a mod to force LOD0 for character models during gameplay instead of just close-ups and cutscenes.

I expect that to continue possibly even utilize even higher quality effects and simulations, water or sweat perhaps for fluid simulation possibly also a smoother transition into cutscene quality visuals and back to gameplay.

EDIT: Perhaps there’s also room for physics and simulating cloth, fluid in glasses and what not in a more believable way or not fading or shifting out the camera view.

Speaking of that the Yakuza 0 game and even Yakuza Kiwami despite intentionally keeping with Yakuza 1’s animations were really impressive for the attention to detail of both slight movements including facial ones and effects for cloth and stuff like the presence of drinks or cigarettes in many scenes.

Kiwami 2 and the newer Dragon engine particularly the improvements between Yakuza 6 → Kiwami 2 and Judgement was also really impressive.
(Judgement in particular drops a lot of the older looking assets and material issues with overly bright specular highlights and other shader inconsistencies showing a further advancement of the Dragon Engine which I expect Yakuza 7 to further continue to refine and iterate on.)

Going to be a interesting couple of years with all these changes at least, hopefully the games will also improve not just get more expensive.

There’s a whole mess of effects that get enhanced during cutscenes or only seen in cutscenes to begin with.

Yeah, Sekiro just really speaks to me because it’s a game i really like, and it just doesn’t look that visually good in the first place.

Naughty Dog games are a mixed bag for me because of this approach, particularly Uncharted 4. Cutscenes look nice, but then in actual gameplay, the characters never look like they’re standing in the environments. There’s just too much of a disconnect with how characters are lit, vs how the environment is. It basically feels green-screened.

And uhh, we don’t talk about Halo Infinite, lol. Seamlessly transitions from cutscene to gameplay, and with the biggest visual gap i’ve seen. 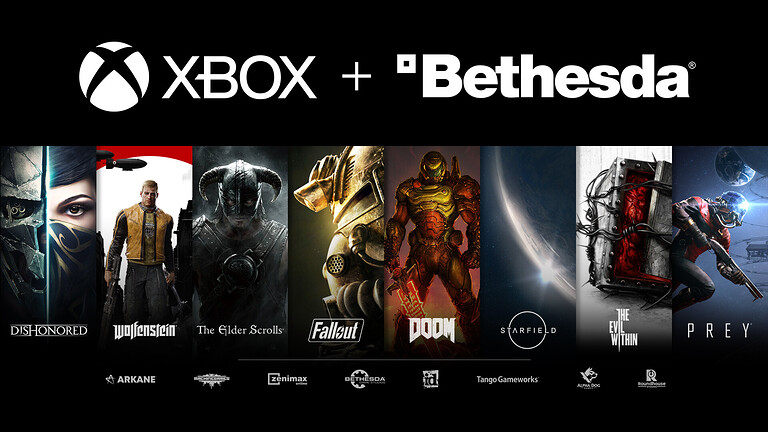 Welcoming the Talented Teams and Beloved Game Franchises of Bethesda to Xbox...

Critically acclaimed creators of The Elder Scrolls, Fallout, Wolfenstein, DOOM, Dishonored, Quake, Starfield and more join Team Xbox Today is a special day, as we welcome some of the most accomplished studios in the games industry to Xbox. We are... 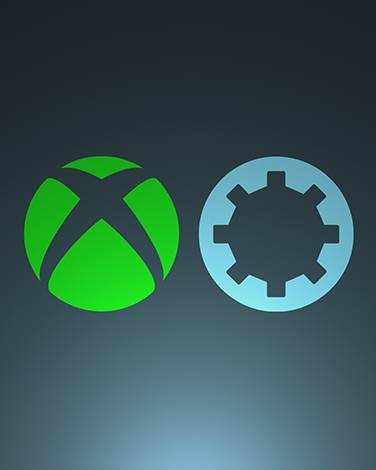 I have had the pleasure of working with, and partnering with, many of the best gaming and tech companies in the world. But our longest, and closest partner during my career, has been Microsoft. 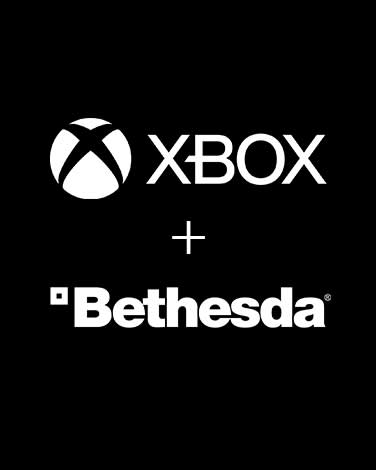 Why Microsoft Is the Perfect Fit

Yeah, though no word on how it will proceed to my knowledge. Could probably just continue like normal like with the Minecraft acquisition, but this time the games are also on Gamepass. Or Microsoft might make some games exclusive to Xbox, possibly new IPs. Will be interesting to see this play out. 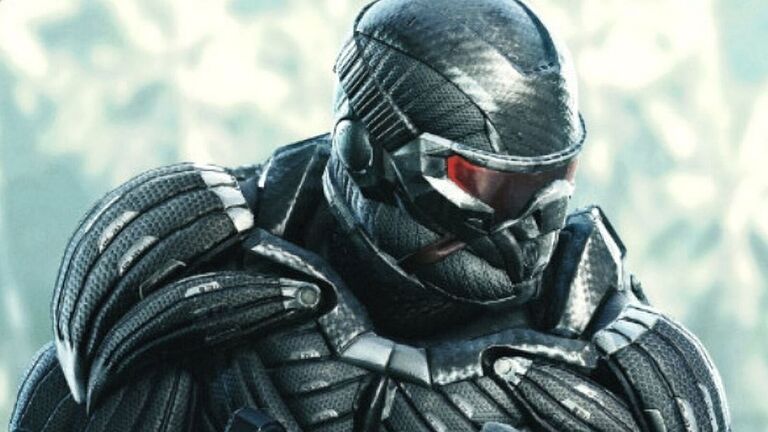 However, the PC and consoles versions have now arrived and even our faith in the franchise is being tested. Crysis Remastered has potential and some stand-out technology, but the fact is that key technical decisions have been made that brutally undermine the quality of the final product. Especially on PC, the game is a disappointment.

there’s a reliance on single-thread performance that means that it’s almost impossible to run this port at a locked 60 frames per second - even on a Core i9 10900K, the fastest gaming CPU on the market today.

Yeah, turns out the multithreaded issue of the original game is still present – despite being essentially an updated version of the CryEngine 3 console port from 2011 or so.

Wonder if the underlying LUA script system is difficult to split into multiple threads though I suppose Cry-Engine itself now uses a much different script language and it would have been a much bigger undertaking to redo it all.

Somewhat but not entirely like Source engine and the earlier game (But contractually required to come out after Half-Life 2) Vampire the Masquerade relying on Python for it’s scripting system before the engine finalized and used a different mode.

Probably other examples too, X-Ray and how the lead engine programmer then went with 4A and the resulting 4A Engine for Metro as one of the major updates was CPU and threading improvements though Crysis 2 over Crysis 1 is much the same.
(Guessing Crysis 1 on Cry-Engine 3.x for the X360 was not though as this is built on at least some of that code seemingly.)

Hmm maybe closer to Vanishing of Ethan Carter or some of the other UE3 games ported to UE4 but it’s more like UE4’s a shell around the original game.

Or some of the ports using Unity as a go-between for porting purposes around the original code?
Don’t really know what happened here, all out Cry-Engine V rebuild utilizing D3D12 or Vulkan would probably be ideal even re-using assets though much would need to be scrapped and remade.

Would take a lot of time and be something like the Demons Souls remake rather than a remaster building the game all over again with the newer tech and a newer hardware generation instead of taking and updating the existing code however it’s done here wouldn’t know without having the game and even then it might not be too clear without third party tools or a cvar unlocker and console prompt enabler for getting more in-depth with it or even more advanced methods. This is… wow… The port has some major singlethreaded performance issues still… Even increasing the resolution alone from 720p to 1080p saw an increase in CPU demand as well, despite no other graphical settings being changed.

Not even the 10900K can handle a stable 60 FPS at draw distance at High apparently.

A damn shame — it was the one key thing I hoped the remaster would fix.

Just checked out DF’s video, and yeah, ouch that is a downgrade in some areas. Thought the faces were the same as they’ve always been, just that they don’t hold up well in the new lighting system.

Yeah, the video was definitely recommended over the article as it goes through all of the nitty gritty details of how the port fails to live up to many people’s expectations.

There’s an off chance this will fix-up Watch_Dogs 2,

It certainly didn’t fix the problem in Path of Exile, but to be honest Path of Exile’s problem is reverse. Normally disabling sRGB for flip model causes a game to go much brighter than it should be.

I think it’s because of however Watch Dogs 2 captures a screenshot of the current frame as the issue only occurs then and there, and only for those specific captured “photos” (aka in reality screenshots).

Nothing else of the game is affected – not even the HUD displayed on top of the captured screenshot is overly bright, so the issue is whatever method they’re using to capture said “photo” in the first place.

Seems a three part article series is being posted this week that goes into the challenge of porting Detroit: Become Human to PC. It was written jointly by Ronan Marchalot, 3D engine director, and 3D engine senior developers Nicolas Vizerie and Jonathan Siret from Quantic Dream, along with Lou Kramer, who is a developer technology engineer from AMD.

Part 2 will arrive on Wednesday.

Lol, so i just learned SK can inject multiple applications at the same time, or at least multiple instances of VLC.

And MPC works too now, with Special K HDR

If your engine doesn’t scale beyond a certain number of CPUs, at least it continues to work correctly on systems with large number of CPU cores.

The more I encounter game engines with this problem, the more I’m actually happy with it. When you start scaling worker threads according to the actual hardware, you get unpredictable performance and … Unity. Did I mention Unity? Don’t be a Unity!

Oh, well that’s good news. When I first introduced the sRGB override to get flip model working, Watch_Dogs2 had its gamma boosted (during gameplay).

I apparently fixed that some time ago, because I’ve gone through the entire back catalog of games (that one aside) I know of that use sRGB and the only one that behaves strangely during gameplay with sRGB stripped out is Path of Exile.

EDIT: Oh, duh… I am pretty sure I fixed up most sRGB issues without even realizing it when I implemented support for HDR in Unity

Love it when adding a new feature fixes unrelated things.

how to make it load with mpc? I rename dxgi but its not loading