Software is what I’m more worried about after the experience with the initial 5700XT and the driver situation, scaling and performance results for the 6800 and 6800XT are impressive though.

With the gap between the 1000$ 6900XT and 1500$ 3090 it’d have been great if AMD had done a combined infinity fabric and larger memory 512-bit size rather than 256-bit getting that potential 3840x2160 and higher performance bottleneck from bandwidth limits even with the infinity fabric somewhat mitigating that shortcoming over NVIDIA at 320 to 384 bit I think it was?

Still can’t really recommend AMD over NVIDIA due to the software situation and known issues though, NVIDIA’s upcoming driver should also resolve a good number of issues and further improvements are coming after that which AMD would have to keep up with the hardware’s not all that without robust software after all.

Lots of stuff happening here though new AGESA too for the motherboard and further Ryzen 5000 series tweaks and improvements and then features like AMD’s take on DLSS and a bit of SAM which…is just a standard feature named and made fancy? Hah well that’s a thing I guess.

Availability and the situation with the initial stock here and then next week’s launch of the custom boards and how that goes.

And then AMD’s marketing team and their little quirks and issues really not a huge fan of that.
“Hey I could buy a 6800XT woo!” Not quite like that but from that marketing guy on their Twitter.

Yeah duh the insiders and other industry dudes had a 20 minute early access window it seems before it all went to … ebay and what else.

EDIT: That took a while to write out.

Earlier 6800XT reviews show that rasterization performance is pretty good, and only looses/equals to nVidia in resolutions higher than 1440p due to memory bandwidth. In RayTracing, nVidia still king by a large margin.

But as you said it, the bigger drawback in AMD for me are the drivers.

Yeah the hardware is good the performance when it scales is excellent for what is technically a mid-range card but the software situation was problematic for way too long and how AMD handled it well.

I could try to write it up a bit but it’d turn out like a bunch of strange white cubes on this forum.

Midway into 2020 things started improving and continued to do so, makes me hopeful that 2021 and the 6000 GPU series won’t be anywhere near as rough.

At least the current availability or entire lack thereof gives me a few weeks to read up impressions and other info and follow driver developments before deciding on AMD or NVIDIA for the next GPU upgrade.

IDK about the hardware performance, to be honest.

While it can be argued that their hardware is top of the line, that is the exact issue I have with it. Radeon, especially in the last 4 years, likes to run shotgun with its ideas, much like what Samsung is infamous for in its mobile division. In other words, just throw random shit on the wall, and then see what sticks.

Yeah the RDNA change probably is quite a bit like that after running with GCN for so long and dropping Tera Scale fairly early on trying to build on and improve GCN’s weaknesses and being both a workstation and gaming product.

Was thinking RDNA2 would improve and build on what RDNA1 had problems with and resolve many early issues and shortcomings but it has several new additions of it’s own and it’s possibly less of a addition like what GCN 1.1 or Gen2 was to 1.0 or Gen1 as a result.

With RDNA3 rumored to be AMD dabbling into the same structure that they have for the Zen CPU’s now core complex systems and all that.

Still not much about CDNA either the compute oriented hardware that’s more of a replacement for GCN whereas RDNA’s targeting gaming more specifically.

Caught up pretty well to NVIDIA but they’re one tessellation generation behind and it shows in the performance results far as I’ve been looking at it plus other features and how some of these will pan out.

Happened a bit with the later GCN updates too in addition to the instruction set itself and features the GPU’s were overhauled or refined in various ways trying to mitigate one issue after another back and forth so while the Polaris cards should be a bit weak compared to Fury they actually carry other improvements and then Vega continued with that plus some final tweaks in the Radeon VII variant or Vega20 though technically a Mi50 type card that didn’t quite meet the workstation requirements but could be re-used.

Supposedly AMD also lost a few of the old talent and had other lay-offs since Raja to Intel and NVIDIA although since then they’ve also improved the staff situation but that takes time and then well I suppose we shall see how things progress from here on.

A lot of these planned features also didn’t quite pan out or work at all and some of it needed direct development interaction between AMD and getting the RDNA10 / 5700 (And 5600) optimizations directly into the game engine to push against NVIDIA’s Pascal and Turing GPU series which was also out earlier than when AMD had something more competitive against it.

Keep this momentum going and further fixes and quicker solutions in addition to being quicker at competing with NVIDIA and hardware launches and that could be good but it’s too early to say and just about anything could happen.

One bad decision and they’d have another period of downtime and barely being competitive and some of the current solutions and balancing acts like infinity fabric over just a larger bus width could be detrimental at high resolution modes already.

Suppose HBM was another side-step too but if HBM2E or HBM3 could make a comeback it might be useful later on but there’s also the possibility it’ll be server systems and the FirePro type cards only if anything.

EDIT: Well that’s a bit lengthier than I was thinking it’d be.
Fun to see competition between AMD and NVIDIA picking up at least, just a lot of uncertainties and possible problems although NVIDIA could hit snags too but they’ve been doing well and they have a lot of resources and the desktop market is at 80% NVIDIA 20% AMD now or more too.

And for SpecialK and 0.11.1 and all that the latest build is found here.

Oh jeeze… I haven’t seen this problem in a while. The engine it uses (Ogre) uses CEGUI, which Special K also uses for text OSD and achievement popups. It’s necessary to disable CEGUI for this game. Use this version of Special K, it has a workaround: + Added workaround for Ogre games that load CEGUI before Special K does SpecialK64.7z (7.6 MB)

32-bit one is … somewhere… and something about it being WIP and experimental and used on a per case basis but how many fixes and improvements are in these now so yeah might as well make (another) link to them.

EDIT: This topic being what it is it’ll be buried eventually but 0.11.1.0 seems like it’s shaping up to get close to release now and then it can replace the 0.10.50.2 something build entirely.

This was brought to my attention today. Basically Firefox now features a mode that enforces HTTPS connections. Upon attempting to reach a website that has no support for HTTPS the user will be prompted with a full-page warning that they need to click through before the unencrypted connection is established.

Just the next step on the path to removing unencrypted HTTP traffic entirely. 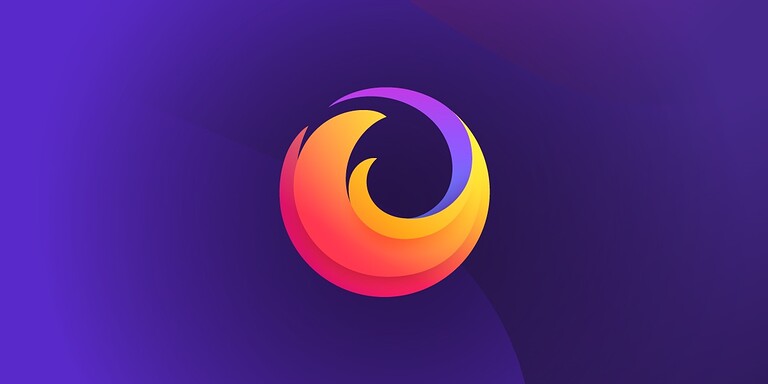 Yeah HTTPS everywhere as a option now instead of a extension for this feature but I thought it was off by default, I’m on the beta branch though it’s a bit different and a bit wonky.

EDIT: Feature list and change log is tough to follow when the beta note is a one-liner about some thing if even that and the build changes is ~100’s of fixes maybe new features and core changes in general.

Even the Windows 10 user-friendly or what to call them blog posts highlight more actual stuff than what these do.

Neat. Should I keep the extension as a failsafe, or should I simply remove it?

@Kaldaien this still looks stupid, but i guess it can function as a placeholder for now. I also can’t tell if the cursor looks centred

or even this weird idea

Specify an image to use as the logo. SVG, PNG, JPG are supported, in a square ratio, 34x34 pixels or larger.

What am I supposed to be looking at here?

Kaldaien is the one who looks stupid right now, lol.

I mean the really old Opera, before they went to Chromium.

Nice work with the Wiki, btw. I wasn’t expecting this much work this quickly. I was kinda happy just to get the server up and running

The first couple are just a mouse cursor, initially meant to be a wireframe mouse, but that didn’t look right, so i just headed in the direction you see in the resulting images. The last one is meant to be a computer’s internals with the GPU sticking out. These are all draft logos at best, none of them are tidied up enough to be called usable.

I’m still wrapping my head around Illustrator as well, it’s quite different from Photoshop, so there’s a lot i want to do that i don’t know how to do just yet.

Thanks. Exactly what I was trying to do.

Back to multiplane overlays, I think. I can’t get resource sharing across context resets working reliably in D3D12

Stuff happens in the wrong order, and then it’s a frozen black image forever.

I can see why Microsoft doesn’t bother trying to inject code directly into games with the game bar overlay.

I’m still dead set on removing CEGUI though. That’ll simplify rendering code and maybe native D3D12 will be easier when I gut that fish?

Nice work with the Wiki, btw. I wasn’t expecting this much work this quickly. I was kinda happy just to get the server up and running

It’s an enormous help that Discourse can translate a copied selection from PCGW to Markdown, as it speeds it up the process as it allows me to get a good baseline for a page. Though after that I can often spend edit, rewrite, or restructure a page for quite some time before I find it “finished.”

Hell, just the Global injection page has some 28 revisions now between the two of us, and that’s just the number of times we’ve hit “Save” – the number of actual edits on each revision can be off the charts due to how good Wiki.js’ preview is.