Ubisoft+ is “Ubisoft goes Steamworks bye bye always on DRM” personified :-\ I had a network outage for a few hours earlier, and the entire library of games offered by Ubisoft+ stopped working.

Denuvo is better than this crap – I’m of course obligated to point that out because Irdeto hasn’t signed my check for this month yet.

I was about to praise Yakuza: Like a Dragon for doing HDR and using Flip Model the right way, then I remembered… I have HDR overrides in Documents\My Mods\SpecialK\Global\default_SpecialK.ini

That feature (global default settings) is awesome, right up to the point where you do something like force Flip Model on globally and forget you did that. Probably 98% of all D3D11 games are now compatible with SK’s Flip Model override, but that remaining 2% will make you regret doing this.

Nonetheless, Like a Dragon has a pretty good gamma calibration screen. I need to build something similar so people stop complaining how complicated tuning SK’s HDR settings are

Initial map looks good lol
BTW If I activate geforce UI to use freestyle all mouse click input is disable. Any setting recommended for this? 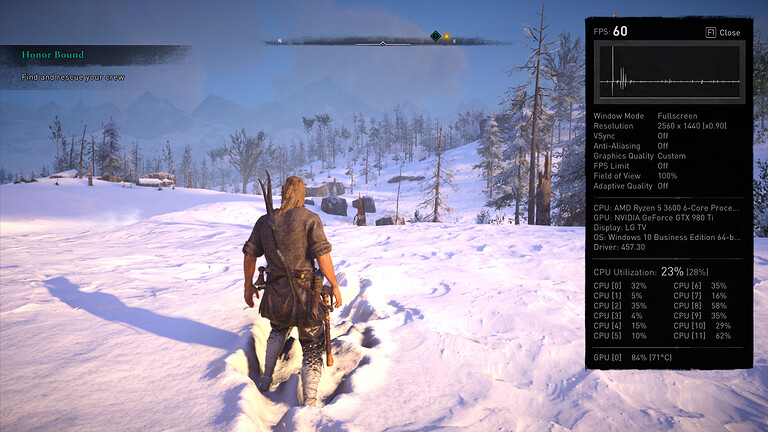 I have been dealing with weird NVIDIA overlay input problems for a while now :-\ I do not know how to fix whatever’s wrong.

I know that activating and then closing the GeForce Experience Overlay usually lets the mouse start working, but I’m not sure if FreeStyle and the GFE overlay are actually the same software because I rarely use either of them

Norway looks pretty good yeah though I hear the English coast is where the game starts showing framerate problems with some areas and the larger cities whereas for Norway besides the main settlement having a bit of a dip the game runs really respectable and outside of the textures and a few of the side characters showing their age the visuals hold up well although the art style and designs also work really well even if this is rough wood and stone lots of snow and cold and not the sunny Egypt or the Greek isles in the two prior games.

All the mountain peaks and passes and the fjord means it takes a while to get anywhere and I have no idea if I missed anything since I haven’t been tracking down to the poets and their skald (bard) ways of epic err…rap battle rhyming.
(Improves charisma, unlocks dialogue choices, seems odd but wit was respectable so you’d get some funny named lords who won more by guile than combat prowess ha ha.)

No major bugs so far either, game has a real habit of changing your gender during the loading screens for some reason but eh at least I get to see what the armor looks like on the second Eivor character from that ha ha.
(Plenty of glitches and minor issues but nothing severe thankfully.)

Also apparently no one-handed swords for the player in terms of weaponry even though enemies use them all the time, bit of a curiosity but instead there’s the usual axes and the bows (“guns” *) plus somehow flails as a new thing.

Many games do that though and the ranged combat isn’t terrible or anything so it works pretty well.
(Predator bow in Origin fired near siege arrow sized projectiles looking a bit funny but I think they reigned that in for Odyssey and presumably Valhalla here too.)

Steam Community: Yakuza: Like a Dragon. I am at a loss for words. How many times can SEGA make this mistake? Do not spin a loop releasing more references to D3D objects than you acquired in the first place, the ref. count goes negative a

Who the hell keeps porting these things? I know I am not the only person who is aware of this bug, Doitsujin has to keep patching DXVK to workaround the problem.

If anyone needs a verison of SK compatible with Yakuza: Like a Dragon

Yakuza 0 and Kiwami 1 were outsourced (Lab42 I think that studio is called.) Kiwami 2 and I presume Like a Dragon and potentially the 3 - 5 compilation would be internally so SEGA studio A or B then how it’s called again.

Unfortunate to hear but nice to see a fix for some of the common recurring issues with the earlier engine and now this Dragon engine even though I was under the impression that Judgement and now Like a Dragon were much improved but I suppose that didn’t quite apply to how the PC build was ported hmm.

I know that activating and then closing the GeForce Experience Overlay usually lets the mouse start working, but I’m not sure if FreeStyle and the GFE overlay are actually the same software because I rarely use either of them

Ansel’s overlay is separate, and bundled with the drivers themselves.

It is clear now after 5 years working on this project that some bugs remain with a game series for all eternity, and Yakuza’s going to be one of those franchises.

Full imgur album is available here . It’s mostly the usual, SK’s framerate limiter making a mockery of everything else

Would have loved to see the NVIDIA + SK optimizations as a framerate limiter info here as well, but that would have been extra work so I understand why not. Just curious if it would have behaved the same again like last time and had the lowest latencies of them all due to SK’s optimizations.

So, there is no way to make Special K Framerate Limiter to work at the same time with RTSS in Valhalla?

I don’t want to use RTSS Limiter, i just need it to check the performance stats of my Cpu and Gpu. I also use MSI Afterburner for the overclock.

Yeah, another Yakuza game that needed texture caching disabled so it wouldn’t just crash on load screens for me. Even with it off it still had random crashes, hopefully the new SK version helps with the latter.

With NVIDIA assuming you don’t hit some other compatibility issue the GeForce Experience software should be a viable alternative for overlay statistics without hooking too many other functions or hitting compatibility problems. 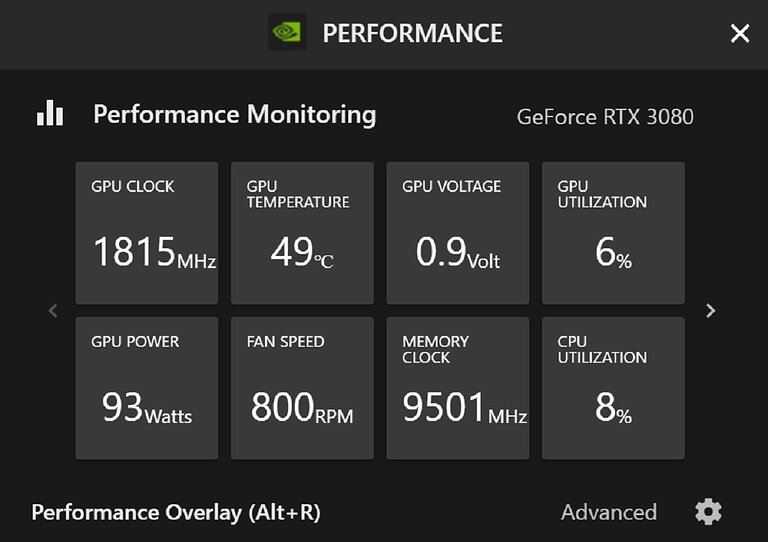 AMD has their overlay too but for it’s little issues and quirks I generally thoroughly disable it though I believe it has improved. 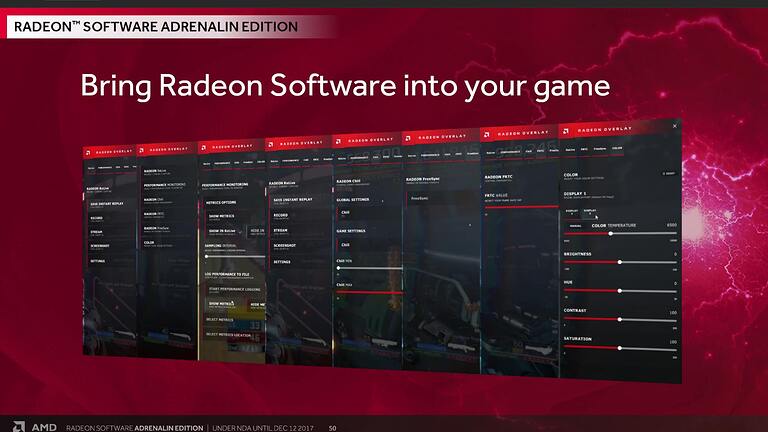 2542×1430 186 KB
(It gets a bit silly with settings and overrides and some of them probably could be problematic to override like this together with other software.)

Both of them should be customizable to some degree for what should be on-screen and such.

EDIT: Deep customization of the MSI Afterburner / Riva Tuner Statistics Server settings is also a possibility but much more complex and there’s unlisted settings from the config file too for advanced customization though it’s been years now since I last used it myself so I’m completely out of date with it’s newer versions since then.

What is difference in exe’s?
ACValhalla.exe/ACValhalla_Plus.exe

I am curious b/c I don’t think I seen Plus run for me.

And damn didn’t realize both Yakuza Like a Dragon and Valhalla released pretty much back to back lol. I have both games.

Maybe possible a special k versión for vahalla with reshade, thanks

I Have it working actually. Local Injection for SK and Reshade.

In dxgi.ini file put these following lines in. Make sure you rename ReShade dll to ReShade64.dll .

Not Running game in HDR though.

Some games this doesn’t work like Watch Dogs Legions. SK refuses to work with ReShade. But most games this is easy method to use.

Thanks Holydeath3000 i Will try where i can.

Just make sure for 32 bit games you use correct dll files and rename them. Also some games don’t like this method but this is how usually ReShade usually boots up with SK in cooperation.

SK dll should be named same as the games API in use. For DX9 game it would be d3d9.dll

Plus is for Ubisoft+ subscribers. Almost every Ubisoft game have that additional exe.

Plus is for UPlay Plus the subscription version, wish they’d just unlock the licenses for the games in the client and not add extra files but at least for SpecialK there’s compatibility for both the standard and the plus version once the other settings are accounted for.

Will be interesting to see if ReShade 5.0 or something could also expand into HDR support but that must be really tough to convert for some of the older 8-bit only shader effects and what not so it’s not an easy conversion especially with compatibility and such in mind much as 4.0+ has re-arranged some of that over time.

Interesting to hear that Ubisoft’s studios are doing the full gamut of HDR too for whatever reason going on here that gets NVAPI/AMD ADL or AGS whatever plugins and these use Windows HDR10 and all sorts of stuff even as the underlying game engines are modernized and more legacy and backwards compatibility bits are slowly phased out or dropped.

Plus whatever else is going on here with Anvil Next, Disrupt, Dunia and others.

And the rapid release cycle with Far Cry 6 in a few months, would have been earlier but I guess someone figured three or four service models games on top of the entire everything else for 2020 holidays and the new console platforms might be pushing it to where less known franchises will just fall short entirely.

Phoenix : Immortals Rising too come to think of it as a bit of a new thing.
Going by the state of these titles on launch a few more months and spreading it out might have been well enough plus focus on UPlay Plus and such but then there’s the new consoles so the holiday sales and having that readied is probably a tough criteria too that must be met.

Plus one can’t quite drop XBox One and PS4 and the massive established player base either so this first or second year is going to be rough for some studios trying to hit the full range of consoles.
(Like the Cyberpunk 2077 delays because the current-gen builds just can’t quite work well enough reportedly.)